A change of EV Part 2

We left our story with me driving away from Go Green Autos in a 2011 I-Miev. The immediate plan was to travel to Leigh Delamere Services (West) on the M4 via the A420 and A419 a journey of some 41 miles.
This first leg of the journey went well as even on a road with the national speed limit (60 mph)we were travelling most of the time between 40 and 50 mph. This meant that on arrival at the Services I still had around 8 miles of range. My luck was even better when I noticed that the charger was on 'free vend' this means no fee for the charge. I plugged in the CHAdeMO charger to the I-Miev and prepared for a 20 minute charge. 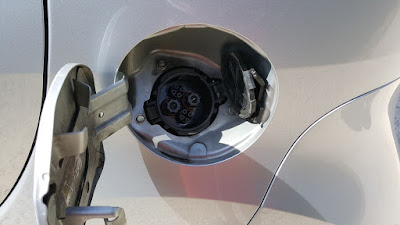 What followed was a lesson sadly in how being a gentleman can in certain circumstances not be good for you. As I was about to leave a Zoe turned up at the sole charger and the young occupant (lady) asked if she could put in a quick charge as she was in a hurry! I did say that I was reluctant to unplug as I too was in a hurry to get home, but I did agree that I would return before full charge and swap.... following a short break of around 15 minutes I returned, unplugged and let the Zoe owner charge up. To be fair she only charged for about 10 minutes and then unplugged. I plugged back in... however the charger would not connect and I now had around 30 miles range which would be marginal to reach my next planned charge in Magor on the Welsh side of the Severn Bridge...even with help form the Ecotricity Charger team I could not restart my charge (by this time is was also raining heavily and I was getting wet!). 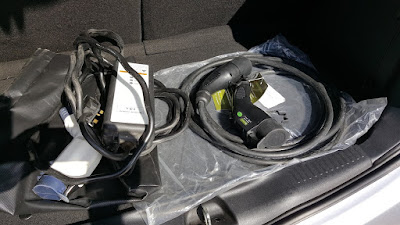 My only option appeared to be a slightly shorter journey to IKEA in Bristol on the M42, this is a detour from my route home, but I had to take it anyway.
I arrived at IKEA with round 8 miles of range left, not enough for the 15 miles to Magor! My luck was in again as the charger in IKEA was on 'free vend' so another free charge (£0.00) - I popped into the cafe for a break... on my return I discovered an I-Miev feature that was lurking in some information I had picked up about the car - it charges on a fast charger to 80% in around 20 minutes, this should have warned my that at 80% the car in order to protect its batteries stops the charge... I was not able to restart the charge but now had enough juice to reach my originally planned stop in Magor. 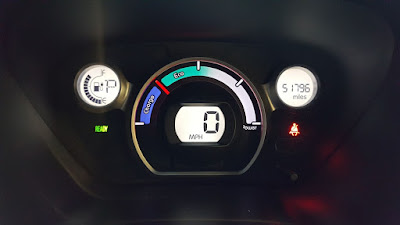 At Magor another 20 minute stop to get to 80% charge (44 miles approx) with a 37 mile drive home...a good drive back meant that I arrived home just as the Guess-O-Meter was showing 4 miles of remaining range.
The journey home had taken 4 hours which is significantly more than planned, had I been a nasty person at Leigh Delamere and charged up to 80% I would have easily reached Magor thus missing out my detour and charge at IKEA Bristol saving me around 1 hour of journey time.

I suspect that running the I-Miev my days of range anxiety are likely to continue... we will see!