It was one of those Friday's and while doing some follow up reading and video research of Julie Lindsay and Vicki Davis's 21st Century Learners - namely the HD video snippets posted to Vimeo . wiki. I began to wander as one does around the product at Vimeo.com. I alighted on this time lapse piece by Ross Ching and wow, you have to watch it as full screen HD, I must admit it hit the spot at 1.30 on a Friday afternoon - I now invite you to do the same full screen HD with the audio turned up ( I hope that your bandwidth holds up as it will be worth it.

The next and totally unrelated vimeo video is a speech made by Barack Obama at the White House Correspondents Dinner on 9th May, this shows a relaxed intelligent President making jokes at his own - and it must be said GeorgeW and Dick Cheney's expense!..... definitely worth a watch.

The President Gets Laughs at the White House Correspondents' Dinner from White House on Vimeo.

Prior to this I had been following the excellent YouTube videos of the Flat Classroom Conference from back in January they are fascinating, showing cross cultural collaboration in action.

What it shows is how pupils respond to being introduced to their peers in other countries and cultures..... they can certainly show the older generation the meaning of being a global citizen ( Thank you Julie and Vicki)

As I look at returning to podcasting in the near future I have been looking around again for free music- The feeling of a need to return to podcasting has been fuelled in large part by an experience about a week ago when my boss was trying out firstly Garageband on his MacBook as means of recording an audio history project for his family. As I have found in the past considering Apple's usual wonderful user interfaces, Garageband does not have the user appeal for some of us - and an alternative was needed, a program which looks easy to use!
I suggested downloading trusty Audacity ( well of course, what did you expect me to suggest?)
Having downloaded Audacity I began to show how easy it was to use it. Importing tracks and editing began the creative juices flowing again..... the upshot is that I am intent on returning The Podfather to the airwaves ( obviously now in search of a new audience!)
The next issue for me is to look for royalty free music loops ( darn Garageband!) to jazz up the new project. Having in the past used royalty free music loops possibly in an incorrect way ( the maverick side of me I am afraid!) I am determined not to follow this track this time around this is where the following two suggested sites may come in handy for me -
Firstly - Partners in Rhyme - the site below only asks for the inclusion of a code snippet in your blog or podcast notes, following which they will send downloading instructions 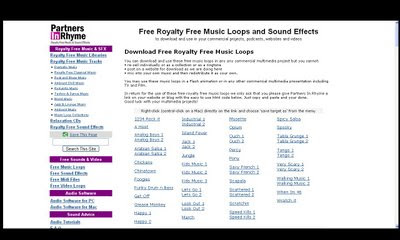 Royalty Free Music and Sound Effects Download the music and sound effects you need for your multimedia project today at Partners In Rhyme. 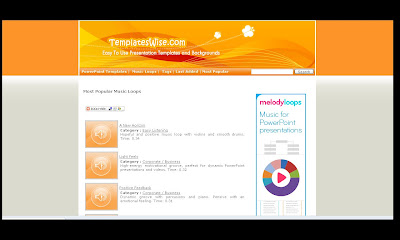 Free Music Loops - TemplatesWise.com
Again you have a code snippet to add giving the link back to the site and the artist. With Templatewise you can download a zip file containing the track plus a licence file which includes the code which then must be added to your blog or podcast notes.
I feel sure that there will be others that you folks out there will know of.... I wait in anticipation for some other suggestions
** Additional note on Audacity - try out Audacity Extra (audacity-extra provides diverse GUI plug ins to customize the open source sound editor Audacity. It includes a vowel-sound target-practice display for language learners and an analog waveform data logger for embedded systems.)**
Podcast episode ( in production!) - the use of Voki ( Voki still lives!) and Voicethread ( not exactly alphabetical!)

Get a Voki now!

Yay Android 1.5 released for the G1 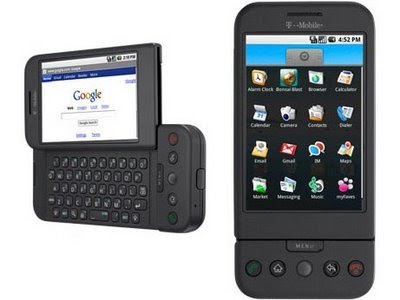 My software upgrade to Android 1.5 duly arrived this morning - however it took a while for the G1 to get used to its new toys.... some apps are now decidedly flaky still at present however I expect this to change as the apps get their Android 1.5 upgrades also. Many of the new features put the G1 ahead of the iphone at least until version 3.0 of the iphone software appears later in 2009. Here from PC World and the Android Developers forum is the run down on the punch that the G1 now has under the bonnet
Android 1.5 Platform Highlights (PC World.com )
April 2009

Based on a branch of the Android Open Source Project code-named "cupcake," version 1.5 aims to smooth many of the rough edges in Android's inaugural release. The update not only polishes existing functionality, but also includes major additions like support for stereo Bluetooth using the A2DP profile, an on-screen software keyboard, and video recording and playback.

The Android 1.5 update clearly positions the platform as a solid competitor to Apple's iPhone. Though some of the new features--video playback and an on-screen keyboard, for example--are capabilities the iPhone has sported since launch, others, such as stereo Bluetooth, are due to arrive on Apple's platform in the 3.0 upgrade due in the summer of 2009. But some, such as video recording ( with the ability to upload to Youtube or send as an email attachment( see below including my rather basic date error! - also apologies for the unshaven look - I have been on leave this week!)
and the ability for users to add third-party keyboards, are capabilities that Apple has made no mention of adding to its device.

In addition to beefing up what Android can do, it appears that Google has spent some time correcting many of Android 1.0's niggling deficiencies. For example, Android now supports rotating the screen into landscape mode using an accelerometer (the G1 only flipped its screen into landscape when you slid the screen out to reveal the device's physical keyboard). Google also says it has added a layer of polish to many of the included applications and has fixed some performance issues, such as the atrociously slow camera load-time and slow scrolling in the Web browser. There are also under-the-hood improvements, like the latest versions of WebKit and JavaScript engine Squirrelfish, and an updated Linux kernel at the heart of the OS.

Google warns that the SDK is not yet finalized and that APIs could still be subject to change, so developers shouldn't release applications for distribution on 1.5 as of yet; the company says that the final release is due in May 2009 in the UK  ( it arrived Friday 8th May in the UK)

The increased functionality and polish offered by Android 1.5 could turn it into a serious competitor for the iPhone, especially if it ends up being released prior to the iPhone OS 3.0 update, which is expected sometime this summer. The release of another major iPhone competitor, the Palm Pre, is also due sometime in the next few months, suggesting that this summer could be a very contentious time for the smart phone market, indeed.

Here is the stuff that matters ( courtesy of Android developers)

The Android 1.5 platform introduces many new features for users and developers. The list below provides an overview of the changes.

It looks as if at last the G1 may now have the armoury it needs to make a stronger case aginst the current iphone. For me though there is still one more brick to put in place and that is a Flash player for the G1 - Engadget reports that a compnay called BSquare has a Flash Player which may eventually bring me the BBC iplayer on the G1 ( it's all I ask!)
at May 08, 2009 1 comment:

The @ Book
Post from The New York Times news blog 4th May 2009
'Internet star @ least 473 years old'
It would appear from the New York Times 'TheLede' Blog that the first time that the now ubiquitous @ sign appeared in writing was in a letter written written on 4th May 1536 by a Florentine merchant by the name of Francesco Lapi. Francesco used the @ as a symbol for the ancient measure of weight or volume 'the amphora'. The Spanish word for amphora is arroba and the @ sign is still known as the arroba on a Spanish keyboard.
The @ stayed relatively little used on keyboards until 1971 when Ray Tomlinson decided to use it in the first ever email address his reasoning being:
'I chose to append an at sign and the host name to the user’s (login) name. I am frequently asked why I chose the at sign, but the at sign just makes sense. The purpose of the at sign (in English) was to indicate a unit price (for example, 10 items @ $1.95). I used the at sign to indicate that the user was “at” some other host rather than being local.'
at May 05, 2009 No comments: