Drivers of electric vehicles  are invariably asked as an opening question, 'How far will it go on a charge?' The question is often followed a shake of the head and a response along the lines 'That's not very far, is it?' This scenario becomes tedious after a short time. Most EV drivers have embraced the shortcomings of our vehicles, in order to focus on the many areas where owning an electric car eclipses FOSSIL car ownership...no road tax, very low servicing costs, low fuel costs, lack of emissions and of course quiet driving. Below I have a personal response to those who suggest that a first generation Zoe (22KW) does not have enough range for them on a daily basis.


This post presupposes that there is such a thing as an average day for EV owners!
My story begins the evening prior, I usually plug in Zoe on my return from the work day. However, my charge does not begin at that point as I am a good citizen and am aware that the biggest strain on the UK National Grid is early evening when we come home and begin turning on appliances and of course cooking and watching TV. If I were to begin a charge at this time my usage along with others could trigger a fossil fuel power station being brought onstream....not a good thing!
On Zoe I can preset the charge time in advance, the majority of EV's globally can also do this. I usually set charging to begin around 1am the next morning, when the Grid is less stressed. If I had an Economy 7 tarrif this would also greatly reduced the cost of each KW of elecricity. 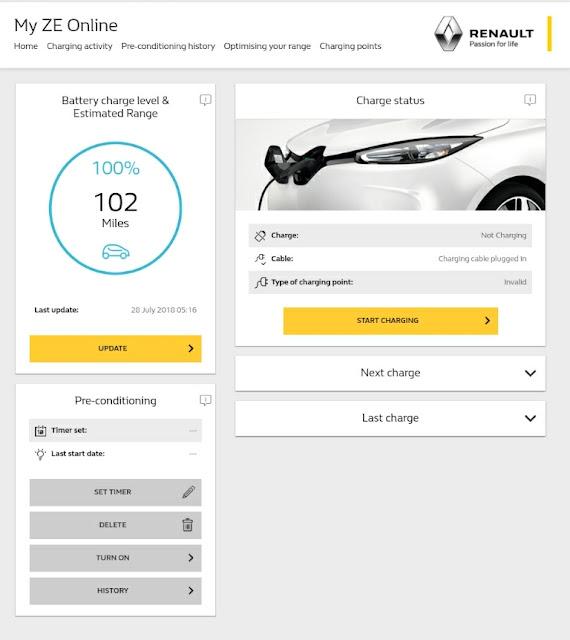 Having charged Zoe overnight, at 7:30 am I always have 100% ready for the day.
I will select a Friday in school term time. At 7:40 I set off on the school run for my grandchildren requiring around 16 miles of range on average . I then drop in at our office, using 1 or 2 additional miles.
At around midday I set off on the 46 mile round trip to Chepstow which includes travelling from 60m above sea level up to 240m and back down to sea level in Chepstow. The benefit of an EV on this type of journey is that as with ICE cars we use energy going uphill, whers we differ is coming back down....Zoe can on a good day regen' 5-7 miles of range, basically the braking system turns into a dynamo enabling battery recharging going downhill and or braking. This is also a standard EV extra, in fact Zoe is the least effective EV on the road today. 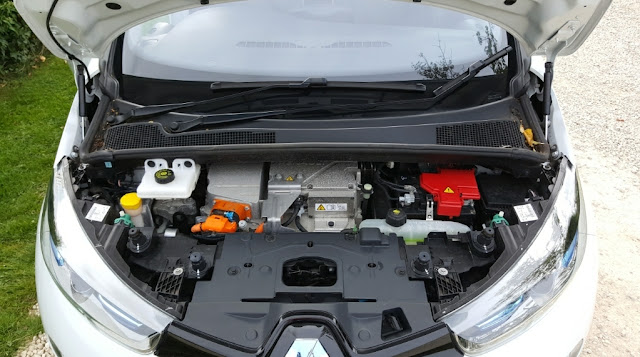 On my return from Chepsrow  I am usually too late for the afternoon school run, but  I often drop my grandson to cricket training which is an additional 10 mile round trip.
I get home having travelled almost 75 miles without range anxiety....in the summer I would still have around 10 -15 range left, whereas in the winter it may just be under 10 miles remaining.....I can the set a charge time, plug into the ROLEC 3KW charger on my wall and leave the car to charge again overnight. This travel pattern would be repeated throughout the week.
You can see from this that for the majority of my week Zoe has a usage and recharge cycle that enables me the flexibilty that suits me and also makes best use of the battery pack in Zoe.
There will be out of the ordinary days like our trip to Coventry (109 miles away) which do require some planning, this may only occur half a dozen times each year....

I would say that users should look for an EV that fits their usual day and their budget.